While studying Lindy Hop for three years, Melissa dabbled in the social West Coast Swing scene. It wasn't long before she found an intense passion for WCS due to the versatility of the dance and the music. Currently, Melissa teaches, competes, judges, choreographs, and performs all over the world. She is ranked among the top West Coast Swing dancers in the world and has won numerous champion level competitions including Showcase Swing, Classic Swing, Strictly Swing, Team, and Jack & Jill Competitions.
Melissa is known for her versatility as a dancer. She has performed in a variety of solo works on stage as well as on the industrial scene. Melissa had the pleasure of working as Christina Aguilera's dance double in her music video, Candyman. You can also watch Melissa dance on the big screen in the movie, Love N' Dancing. Besides Melissa's dance background, she has also trained in New York City and San Francisco as a singer (classical, musical theater, jazz, pop, country) and actress. Melissa graduated Magna Cum Laude from Marymount Manhattan College with her B.A. in Dance! 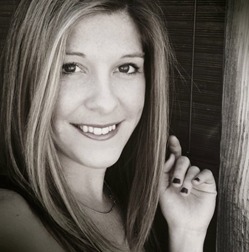 Melissa began her training at age four at Star Dance Studio in San Francisco. Three years later, she found herself at the prestigious San Francisco Ballet School for seven years under the direction of Lola DeAvila. While at SFB School, Melissa studied classical ballet, and performed in various performances with San Francisco Ballet.  From there, Melissa desired to expand her dance education and soon found herself at the Metronome Ballroom studying two of her favorite types of dance: swing, with champion Lindy Hop instructor Sharon Ashe, and Theater Arts Adagio with coach, and World Champion adagio cabaret dancer, Tom Slater. Under Tom's wing, she won the 1998 title of United States Pro-Am Theatre Arts Adagio Champion.